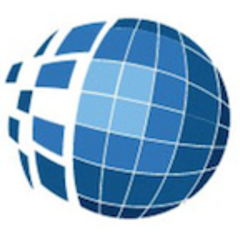 If you’re looking for a fun game for your mobile device but want to help science at the same time, then I know the app for you. “Cropland Capture” is a fun game designed to help classify areas of land on our planet as either cropland or not cropland. With over 7 billion people on the planet it is important that we accurately assess the resources available to feed a growing population. Even with the fanciest computer software, sometimes it’s difficult to accurately identify land uses without the human brain. The makers of Cropland Capture took this daunting task and made a great game out of it, as shown in this video:

The Cropland Capture app contributes data to the Geo-Wiki project, which has the following description on it’s website:

The Geo-Wiki Project is a global network of volunteers who wish to help improve the quality of global land cover maps. Since large differences occur between existing global land cover maps, current ecosystem and land-use science lacks crucial accurate data (e.g. to determine the potential of additional agricultural land available to grow crops in Africa). Volunteers are asked to review hotspot maps of global land cover disagreement and determine, based on what they actually see in Google Earth and their local knowledge, if the land cover maps are correct or incorrect. Their input is recorded in a database, along with uploaded photos, to be used in the future for the creation of a new and improved global land cover map.

The app is available in Google Play for Android devices, and iTunes for Apple devices. I’ve been playing with the Android app for a while now. It’s a lot of fun, and a great way to kill time. Try it out, and save the world!